Born in Muskegon in 1899 to a Swedish-speaking family, Haddon Hubbard “Sunny” Sundblom was a famous American Artist best known for the images of Santa Claus he created for the Coca-Cola Company in the 1930s. So popular were Sundblom's images of Claus that the urban legend soon arose that Sundblom had actually created the modern image of Santa Claus and the images are used by Coca-Cola to this day. Sundblom also created the image of the Quaker Oats man in 1957, which is also used to this day. 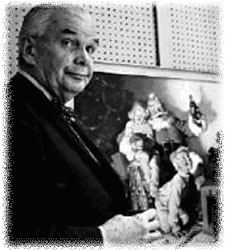