Moses J. Jones was a well known pastor at Muskegon’s John Wesley AME Zion Church for over 36 years. He is best remembered for his “good will dinners” that allowed him to both feed the hungry and at the same time foster interracial harmony. The grandson of slaves, Jones came to Muskegon from Hammond, Indiana in 1936.

On a daily basis, Jones would scour bakeries and grocery stores for day old goods to feed to those in need. He would also connect the underprivileged with just out of fashion suits. When an individual could not afford the relatively cheap suit, Jones would give the suit away for free.

Moses J. Jones also did outreach to the youth establishing a community recreation center in the basement of John Wesley AME Zion Church, where youths had a place to escape the streets and partake in table tennis and join basketball and baseball teams.

After Jones died in 1989 the city commissioners paid tribute to his memory by renaming the northern end of Seaway Drive “Moses J. Jones Parkway.” It remains there to this day. 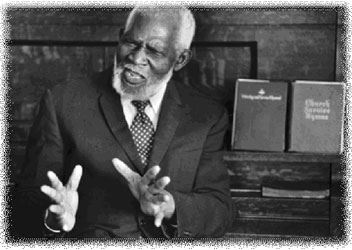