One of Michigan’s spectacular rags-to-riches millionaires, lumberman Charles Hackley Born in Michigan City, Indiana in 1837, young Charles left high school at age 15 first to build roads and then to work in the newly developing lumber industry of western Michigan. As a teenager and young adult, he learned saw milling and the buying and selling of pine trees first hand. By the 1870s, he had his own company and during the 1880s his mills produced an average of 30 million board feet per year, which helped make Michigan the top lumber state in the nation.

What makes Hackley’s story especially interesting is that he used much of his $12 million fortune to help his booming city of Muskegon meet the needs of a population that doubled during both the 1870s and the 1880s. 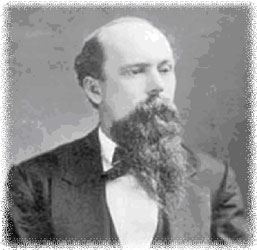